We begin 2021 with a truly shifting landscape in which we must operate our businesses and continue the rebound from the 1st pandemic in over a century. The changes many of us experienced in 2020 were monumental, affecting both our personal and business practices. Yet, even with a vaccine and a return to a “new normal”, the market conditions we will face in 2021 will be challenging, some stimulating, some very demanding.

So, in this issue of the Dixie Digest, we would like to let our customers know what we see as future consideration.

Firstly, with the advent of Covid-19, the U.S. steel mills either cancelled or postponed the many capital improvement projects that were scheduled for 2020. The result has been a lessening of capacity and reduction in inventories, combining to increase raw material costs at a time when demand is beginning to rebound from the impact of Covid-19.

Secondly, the Chinese government’s $550 Billion stimulus package is reviving its economy, increasing the demand for steel products, at a time when both South Korea and Japan are curtailing production.

Thirdly, nickel prices – a key component of stainless steel – are steadily climbing, with demand forecasted to increase by 9 to 10% in 2021. With stainless steel demand increasing and consumption in the battery sector also increasing, there have been supply disruptions in the Philippines, placing more pressure on the escalating nickel ore prices.

Fourthly, freight rates from the Asian countries to the U.S., both West and East Coast, have exploded. The demand for empty shipping containers has outstripped availability, creating a logjam in the global shipping industry. The shortage of empty containers is impeding China’s ability to export. The cost of shipping a 40 ft. container from Shanghai to Los Angeles has almost doubled since early June!

Because of these, and a few other factors, material prices quoted by the mills and major distributors sometimes have a price validity that expires at the close of business for that day! Thus, providing prices protection to our customers is becoming quite difficult at times.

Beginning with the Obama administration, there began a trend away from the construction of coal fired power plants and the implementation of “back end technologies” to clean their emissions. Within a few years, there was a rush to build gas fired combined cycle plants. But this change in fuel type also brought with it a different type of bidding process. Whereas coal fired plants were bid as “Cost Plus”
and similar negotiated methodologies, Combined cycle plants were bid by the EPCs as “Fixed Cost”. This led many of the major EPCs to drop out of the market, concentrating the build to a few constructors.

The fixed cost bidding process also produced an extremely competitive environment, prompting many of the OEMs to source pipe and steel fabrication offshore, as well as the U.S. steel and pipe distributors. These moves presented our company and other fabricators with logistical issues which generally never arose with domestic sourcing.

In recent years, with slacking demand for electricity and a push for “clean energy”, the utilities are now investing heavily in renewable energy and environmental cleanup projects called “CCR” (Coal Combustion Residuals).

As reported on the website statista.com, “In 2019, (renewable energy) investments reached 59 billion U.S. dollars, in comparison to 11.3 billion U.S. dollars in 2005. Our company is tracking over $10 Billion in CCR projects (ash pond cleanups, etc.)! As a result of this reallocation of capital away from traditional generation, in 2021 there will be a mere handful of combined cycle plants breaking ground! The power market will not see the capital
expenditures of years’ past.

The industrial market, that we might designate as consisting of the petrochemical and refining industries, was severely affected by the Covid-19 pandemic. Production in all three industries was cut drastically.

Oil was the worst performing commodity in 2020, even behind coal, according to BIC Magazine. In 2019, global oil demand was around 100 million bpd. In April of last year, world demand dropped 20 Million bpd. In the U.S., oil production fell by 2 Million bpd, and as a result refineries curtailed capital and maintenance spending. The lack of demand caused the price of a barrel of crude to drop a negative $37.63 at one point in 2020.

However, earlier this month, a decision by OPEC and allied countries to cut crude production by 1 Million barrels per day is welcome news to shale producers, and the U.S. oil industry as a whole. In addition, the EIA (U.S. Energy Information Administration) expects crude production to decline in the lower 48 States because of declining legacy well production. With the decline in inventories, the EIA sees Brent crude rising to $56 per barrel.
Regardless, many refineries may postpone turnarounds until later in 2021.

The U.S. petrochemical industry has declined 4.3% per year on average between 2016 and 2021, according IBISWorld. When Covid hit, this industry was at a crossroads, faced with overcapacity, pricing pressures and trade uncertainties. However, because this market is tied closely with the construction, automotive, manufacturing and health care (ethylene and polyethylene), this $43.7 Billion manufacturing industry is expected to increase 10% in 2021, and the U.S. petrochemical industry will remain a net exporter.

Even with optimistic news, the landscape is unclear. While Citgo postpones its Corpus Christi 2021 maintenance, ExxonMobil plans a $240 Million upgrade to its Baton Rouge refinery. While Shell plans to reduce its refinery portfolio to six sites from 14, Mitsubishi Chemical is planning a $1Billion complex in Geismar, LA. Only time will tell.

In the September 14th issue of Water World Magazine, the lead article begins with the sentence: “In the United States, a water main breaks at least every two minutes.” What a thought! It has been estimated that our country needs an infusion of between $400 and $600 billion over the next 20 years for safe drinking water and wastewater treatment infrastructure.

The American Society of Civil Engineers (ASCE), in a 2017 report, estimated that “there is a total infrastructure gap of more than $2 Trillion needed by 2025”, citing our roads, bridges, freight, rail and airports were exhibiting “significant deterioration”. The truth is that our $20 Trillion economy relies on systems that were built decades ago. So, what can we expect with the new administration?

Joe Biden’s “BUILD BACK BETTER” Plan, if enacted, would outlay $2 Trillion over the next four years to address U.S. infrastructure needs. In addition, H.R. 2, the Moving Forward Act, approved by the House of Representatives in July of last year, is a more than $1.5 trillion plan to rebuild U.S. infrastructure including roads, bridges, transit systems schools, housing, broadband access, and other deteriorating systems.

Depending upon the speed to which Congress and the Senate act, funding for our infrastructure almost seems a certainty. Some areas that have already been targeted in H.R. 2 include:

These actions, coupled with the fact that there will be increased Democratic pressure for “Buy America/Buy American” provisions in the legislation, will continue to put pressure on domestic raw material pricing and infrastructure costs.

There are some bright spots for us to plan for. In the short term, closed refineries will become terminals, renewable diesel or biofuel plants. In the mid to long term, “Clean Energy” projects should present opportunities for future construction activity.

Consider President Trump’s recent opening of over $42 billion in loans from the Department of Energy for projects that boost the nation’s supply of key clean energy minerals. In new guidance published December 1st, the Energy Department’s Loan Programs Office (LPO) encouraged companies to seek loans for the production, processing and recycling of “critical minerals” that are central to electric vehicles, renewable energy, advanced nuclear, hydrogen fuel cells and carbon capture, among others.

Pick up an energy or financial magazine and you will see articles concerning “green hydrogen”. Unlike the hydrogen of today that is produced using fossil fuels, green energy is produced uses an electrolyzer splitting a compound, usually water, into its constituent elements. With mandates for renewables being enacted in most every State, “green hydrogen” is seen as a two-way solution for reducing emissions in energy and “industrial”
applications.

Thus, green hydrogen is being touted as the fuel to cut emissions from carbon intensive industries such as shipping, steel making, chemical & petrochemical production, and power generation. Already under construction in Saudi Arabia is a futuristic city, Neom, being built in the desert on the Red Sea, a home to a million people, fueled by a carbon free fuel, GREEN HYDROGEN. On July 7th of last year, you may have seen the following press
release from Air Products & Chemicals, Allentown, PA: “Air Products, ACWA Power and NEOM Sign Agreement for $5 Billion Production Facility in NEOM Powered by Renewable Energy for Production and Export of Green Hydrogen to Global Markets”.

Our company recognizes the changing landscape. We recognize the challenges that await us and our customers.
Through innovation, creativity and continued commitment to our customers, we look forward to continuing the working partnerships that we have forged over our past 19 years. 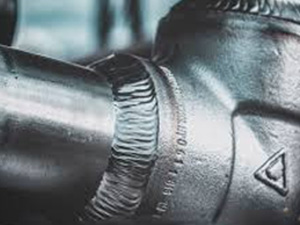 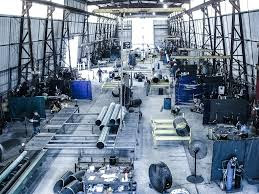 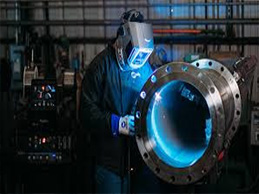 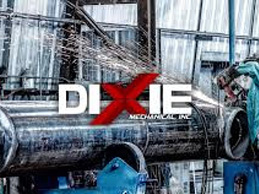